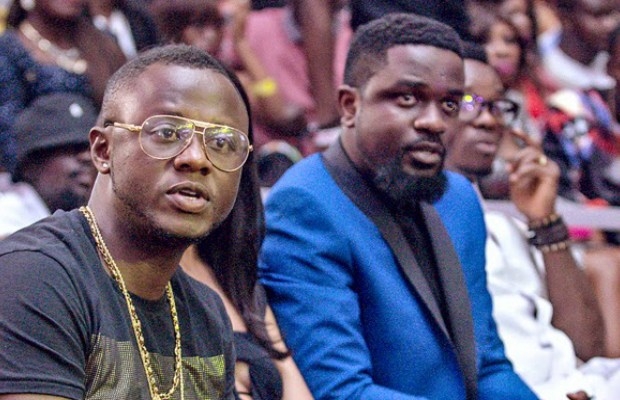 Following his unique style and rap skills, Sarkodie won the hearts of many industry players (both locally and internationally) after announcing his presence in the Ghana music industry somewhere in 2009.

As a talented young Ghanaian rapper, many juicy opportunities came his way but the one we believe music fans could still remember is the opportunity he had to join American R&B singer Akon’s Konvict Musik record label.

When the news broke in the media, fans of the Sarkcess music CEO jubilated over it but unfortunately, the deal couldn’t go through.

Even though the actual reason behind why young Sarkodie couldn’t work with Akon’s team was not made public, several rumors were circulated across the country and the one which gained momentum was that he, Sarkodie could not rap in English.

Ten years down the line, the truth is finally out and we can bodily say that Sarkodie knew what he wanted as an artist right from the word go. No wonder he’s been relevant in the music scene since he emerged as a young rapper a decade ago.

According to DJ Mensah who is his official Dj, the signing of Sarkodie along Konvict Musik label did not see the light of day because of him.

In an interview monitored by TheNewsGh and Ghshowbiz.com on Hitz FM, the exceptional DJ revealed that reigning ‘best African rapper of all time’ wanted to join Konvict music with him as his official DJ but Akon and his team didn’t agree.

Clearly, Sarkodie was faced with a dilemma to choose the international record label which then had popular international acts like Akon, T-Pain, Kardinal Offishall, Kat DeLuna, Red Cafe, Sway, Dolla and Verse Simmonds on it over DJ Mensah or choose the untouchable DJ over the reputable label

In this kind of situation, any young Ghanaian rapper at that time would have chosen the record label over the gifted DJ but for Sarkodie who apparently knew what he was up for as an artist, chose DJ Mensah over the label and due to that he lost the opportunity of associating himself with international big brand musicians who were on the label during that period.