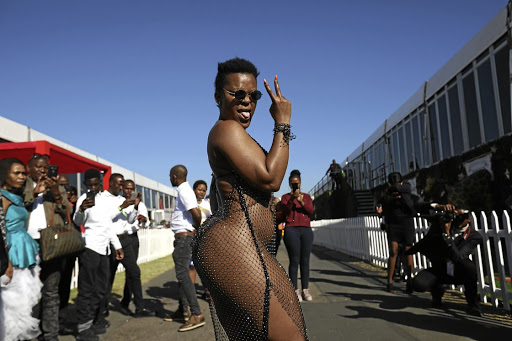 The South African celebrity who is known for dancing almost unclad in front of a packed audience, took to her Instagram page to express her displeasure at her own people for the barbaric act.

Zodwa Wabantu labelled South Africans as lazy and instead of addressing their own issues, they are attacking and destroying properties of people who are working hard to make a living.

Other celebrities including Nigerian singer, Davido have reacted to the ongoing xenophobic attacks in South Africa which started on Sunday, September 1.