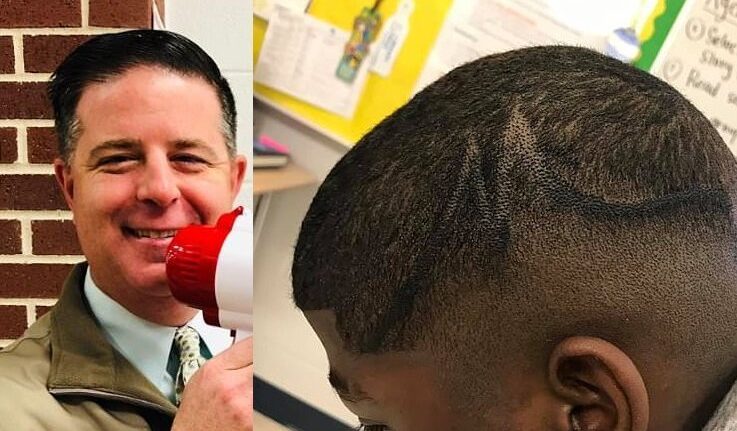 White school administrators laughed as they used a permanent marker to color in the “M” in black child’s haircut.

A couple in Houston, Angela Washington and Dante Trice have filed a lawsuit on Sunday against Pearland Independent School District in Texas.

The three administrators say the hairstyle has violated the school’s dress code, which is the reason to use the permanent marker to color the child’s hair to “fill out the M”

Here is the school’s dresscode: 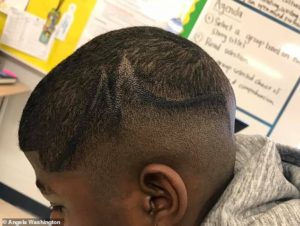 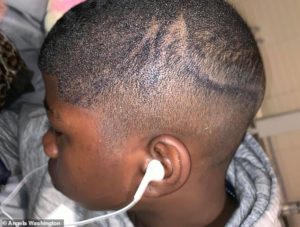 The administrators told him that he gave him choice in his permanent marker. Juelz stated he didn´t want the disciplinary action.

Juelz says administrators laughed as they colored his hair in.

It’s a common practice among African-American and Hispanic boys ’culture to get fades, Caesars and buzzcut like hairstyles.

Juelz feeling extremely humiliated. His parents filed the lawsuit saying that he was targeting the child and drawing a permanent marker in his hair.

According to CBS the complaint reads:

The lawsuit names Tony Barcelona, ​​the principal of the school as a person who colored in the child’s hair.

Juelz’s parents are seeking compensation for the incident, and want school administrators to receive training.

At the time of the incident, the school simply said an administrator had mishandled the situation. The school has not legally responded to the lawsuit yet.