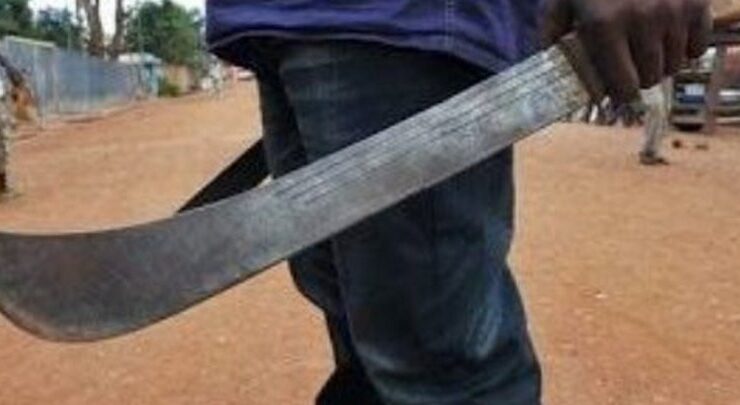 Awutu Osardu Community in the Agona East District of the Central Region has been thrown into a state of shock after an 18-year-old boy allegedly butchered his grandmother to death.

The deceased Prophetess Comfort Aba Otuaa was killed in her room by the suspect Akwasi Danlaad now at large for reportedly refusing to give him money to buy marijuana to smoke.

This sad incident which happened in the early hours of yesterday has thrown the entire community into a state of disbelieving while they mourn the deceased.

One of the Daughters the deceased, Akua Nyarkoma narrated to Bryt FM Correspondent that “around 7:00 pm to 8:00 pm, I had information from one of the people in this House that my mother was not switching on the light so should go inside and check so when I went inside I noticed there was blood all over then I suspected she has been killed. I shouted for help. He butchered her and pushed her body under the bed.”

She said the incident was reported to the Police who came to take the body to the morgue.

Angry residents in the community are calling for the head of the suspect on a plate after his arrest.