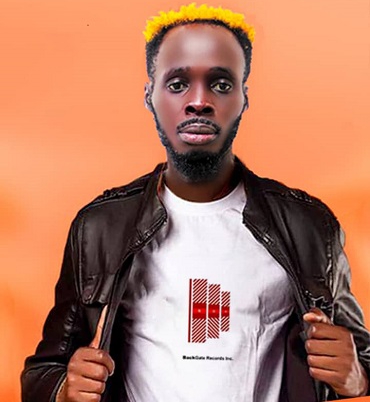 Place of birth: Half Assini, Ghana 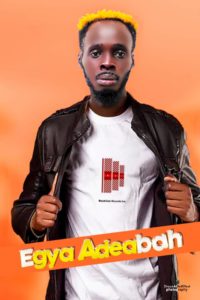 He started working as a teacher in half Assini, Christian academy private school for four months and was transferred to their new branch in Takinta. Later he went to gas and oil training school in Takoradi and had a diploma in welding.

Egya Adeabah began hustling life after his Gas and oil training. He went into movie acting, worked with GTV Nzema drama group in the year 2013 for a year of which their drama was showing on the National television every Friday just before the Nzema morning show. He later went back home to half Assini to follow his dream as a Musician but ended up been a sound engineer from there he beginning to polish his musical abilities.

He met his former Studio manager Shaibu of SB records while performing a show in half Assini. He also met musicians 4mula at the show and they became friends and were living like blood he also introduced him to Shaibu a computer repairer, he was impressed by their abilities as rappers, singers and an ability to produce beat so he started working with them and went ahead to open the first recording studio in half Assini called “ADNATION RECORDS” meaning Adeabah nation a clan name after him after he have depart from B.Siant lead by Prince Ayensu (Rain Rain) been a solo artist, He made credit for himself by putting on tape the soh soh doh festival tune. This made him famous in half Assini and abroad

Egya Adeabah recorded his first hit “Bezo Menu” engineered by a renewed engineer from Takoradi Vegas ace) featured Fresh Pac from that same studio which was later named SB RECORDS, went ahead to make a collaboration sound with Fresh Pac which was massively played every Conner in Nzema (TOMATO LADY prod by Vegas ace). This sound brought a lot of controversy in hasland (half Assini). And on-air as to who owns the sound

The singer, Rapper and vestal artist “Amene’ the rap demon, now release another sound featured the kundum hitmaker, Don Kweli and Swaky (Beva Mezo) it production was handled by Vegas ace, He continues to release hit after hit ALABA MANSA, BELI BEBO OBO, produced by Mogyeez, as an underground trying everything to make it to the top. Now he had his third bagger which was more or less breakthrough sound (Obia ne Level featured kin Ratty GH) produced by Mogyeez. Adeabah received positive reviews from critics and fans. All credit to a friend who popularly Known as deejay Bondy, paying some part of his studio fee anytime Adeabah asks of it so most of the people knew him as his manager. From then he started to gain featuring from another artist from western more or less his area where he is popularly known. He later drops X’Mass chilling – Paddy Beatz from Takoradi.

This event is held annually in Half Assini on the street