My Husband Uses ‘Aboniki’ As Lubricant To Have S¤x With Me – Nigerian Woman Cries Out. 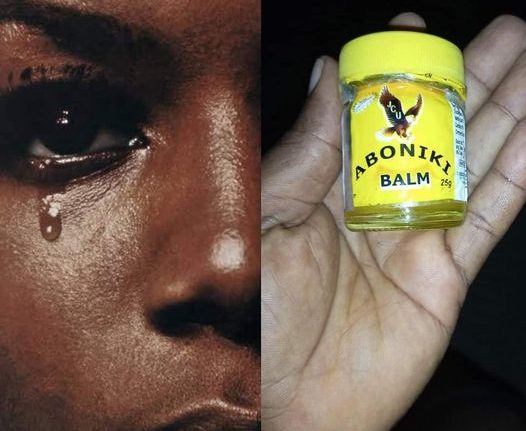 Sharing Is Caring
Tweet
My Husband Uses ‘Aboniki’ As Lubricant To Have S¤x With Me – Nigerian Woman Cries Out.
A woman in Ibadan has shocked the court of law with her narration of the tortuous s*xual experience she undergoes in her matrimonial home.
A 43-year-old woman, Omolara Acchoyame, recently dazed her husband before the Igando Customary Court in Lagos State, when she alleged that s*x with her husband was torture.
Omolara, who had filed for divorce proceedings against her husband, Solomon Acchoyame, alleged that he exhibited strange behaviors while making love to her.
She alleged that he waited for her to sleep, then without waking her up, just opens her clothes and had s*x with her, adding that she never enjoyed this, Omolara further told the court that her husband had three things which he used during s*x for lubrication, listing them as aboniki balm, mentholatum, and dusting powder, adding that these things made her hate having s*x with him.
She testified that she met her husband 14 years ago and bore him three children, adding that their major quarrel was based on the fact that she didn’t know what he was doing for a living.
“We fought most times before I left home because I don’t know what he does for a living. He goes to his village three times a week and I don’t know the reason for this since his parents are dead and when he comes back, he would say he does not have any money.
“I would go to my sister to borrow money for him for his next trip. Yet, he will come back and curse me and my family and he doesn’t come home until midnight.
“My husband does nothing for a living. Please dissolve the marriage so that I can start my life all over again,” she said.
In his defense, the 44-year-old husband stated that when he met his wife at the University College Hospital (UCH) in Ibadan, Oyo State, things were going on well for him and it was with his money that he trained her in the university.

previous article
MUSIC MP3 – K-Dee – Atinka (Prod. By Tbonny)
next article
PROFILE – Who Is Nyame B? ( Biography and Discography )