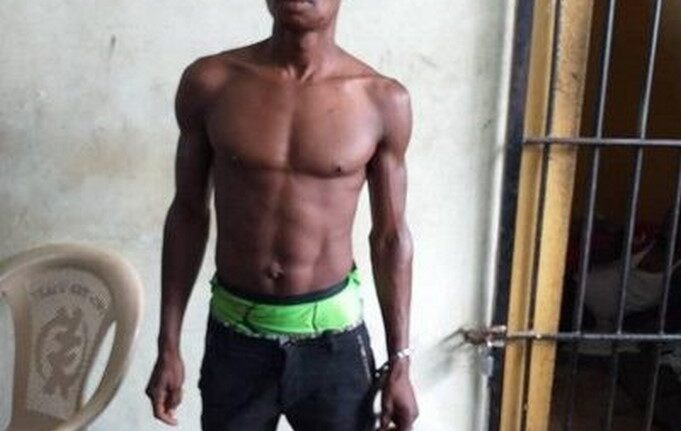 A landlord who allegedly murdered his 38-year-old tenant on Thursday has been arrested by the police at Manhean in Accra.
He is also alleged to have inflicted cutlass wounds on the tenant’s wife.

Adjei Boye, 35, who is in the custody of the police assisting in investigations, was reported to have attacked and butchered Kweku Abu with a cutlass, resulting in his death.

She said on July 16, at about 7:35 pm, a complainant (the name being withheld for security reasons) at Manhean reported to the police that on the same day at about 4:59 pm while he was working on a site in the neighbourhood he heard cries and shouts for help from a neighbouring house.

DSP Tenge said the complainant rushed to the compound and found that Boye had butchered Abu, adding that with the help of some residents he was rushed to the Amasaman Government Hospital for treatment but was declared dead on arrival.

She said police proceeded to Amasaman Government Hospital and found the body of the deceased in a trunk of a taxi parked in front of the emergency ward.

The police PRO said the body was removed and sent to the Police Hospital mortuary.

She said on the same day at about 9:00 pm the wife of the deceased also came to the police with a cut on her head and blood oozing from it and reported that at about 4:30 pm her landlord, Boye, attacked and slashed her with a cutlass and also butchered her husband for no apparent reason.

DSP Tenge said a medical form was issued to her to attend hospital, adding that the suspect was arrested and is assisting the police in investigations.

She said preliminary report available to the police alleged that a one-year-old daughter of the deceased was playing in front of the suspect’s barbering shop.

A confrontation, she said, ensued when the suspect spanked the child which angered the deceased.

The suspect went into his room and brought out a cutlass and slashed the deceased, injuring him, DSP Tenge noted, while the wife of the deceased who intervened also sustained cutlass wounds.