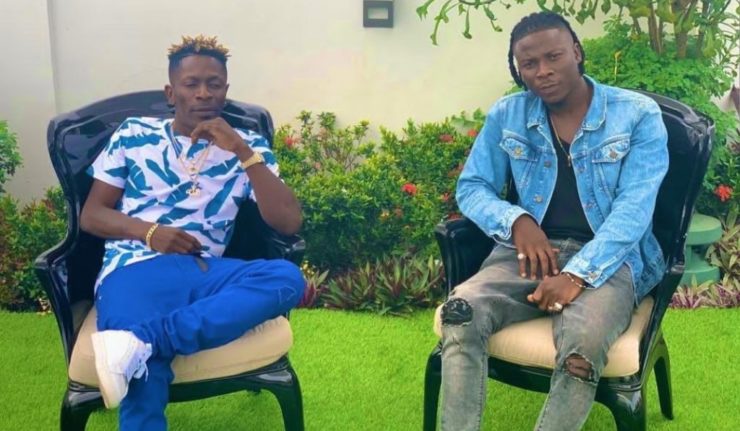 Stonebwoy has finally commented on Shatta Wale’s song with Beyonce after many Bhim Natives and SM’s were highly anticipating for his view.

Shatta and Stonebwoy has become instant brothers after making peace some few weeks ago.

Stonebwoy cautioned Ghanaians and the world against comparing his song with Sean Paul dubbed ‘Most Original’ to Shatta Wale and Beyonce’s.

Finally, he has rated Shatta Wale’s verse on the ‘Already’ banger as one of a kind and a lit.

Commenting on the song, Stonegod wrote; “THIS IS it!! .@shattawalegh You Have Scored a Big One Under Your Name For The Country 🇬🇭! Don’t Look Back Aya Keep Running with it #ALREADY!!!”

This according to many is a sign of brotherhood and clean-heart towards his former lyrical rival.