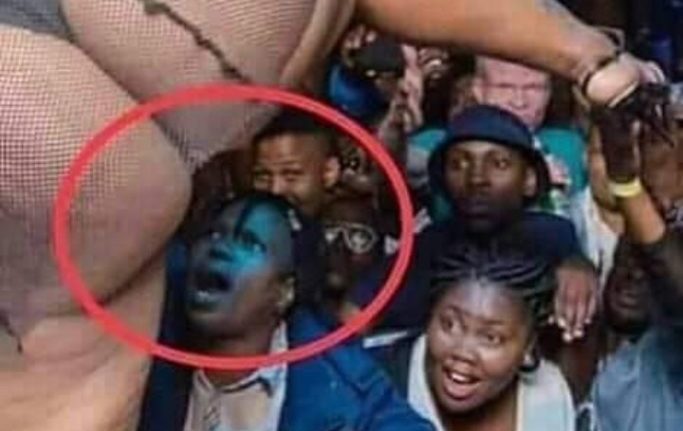 Controversial South African performer and dancer, Zodwa Wabantu is obviously not tired of being eccentric to make her brand more conspicuous.

Zodwa gave her male fans on social media something to cheer about for the rest of the day after sharing a recent throwback photo of herself in her full element during a stage performance.

She shared a photo showing a male fan whose gaze was fixed on her v*gina whilst she performed on stage.

The singer, popular for dancing without pants, admitted she has a massive love for her fans.

The 33-year old dancer wrote: “Enkomeni; I love you all”. 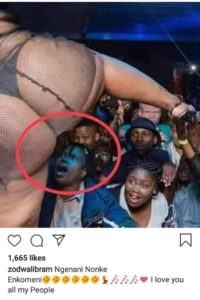 Zodwa Rebecca Libram is a South African Media Personality socialite and dancer. Wabantu makes waves for the fact that she performs without wearing panties.

In 2017, Wabantu was banned from performing in Zimbabwe due to the nature of her performances. Wabantu was deported from Zambia over similar issues less than a year later.

previous article
BREAKING NEWS – Killer Of Two Kasoa Police Officers Also A Shot At Phone Dealer 4 Months Ago But Was Released By The Police
next article
ENTERTAINMENT NEWS – Shatta Wale smokes the peace pipe with Sarkodie?