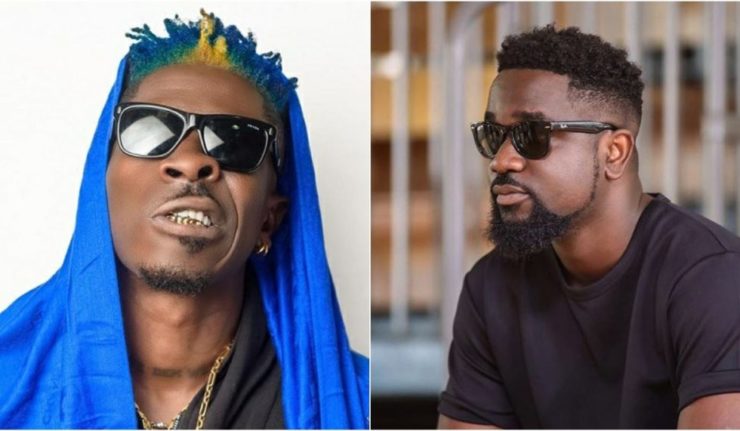 They were good friends but everything fell apart when the two musicians started dissing themselves.

Shatta Wale in several interviews expressed profound disappointment in Sarkodie, calling him a snitch and a sellout.

The jittery continued for quite a while and things escalated when Sarkodie responded to Shatta Wale’s allegations with a song titled “Advice”.

Since then, Shatta Wale has thrown shots at Sarkodie with every opportunity he runs into.

Shatta Wale in an interview on Zylofon Fm claimed Sarkodie’s ‘congratulatory message’ to him after he featured on Beyonce’s Album was fake and as a matter of fact, he doesn’t waste his time on fake people.

Meanwhile, Shatta is set to release a new album dubbed “The Wonderboy” and has taken to social media to show appreciation to all the artists and their fanbase who are in support of the launch of the Album and concert.

Fans, however, are curious and asking if Shatta Wale has smoked the peace pipe with Sarkodie.

Thanks to all Gh artiste who are ready to support THE REIGN CONCERT for the #WONDERBOY ALBUM LAUNCH !! I love you all

I love you all ❤️