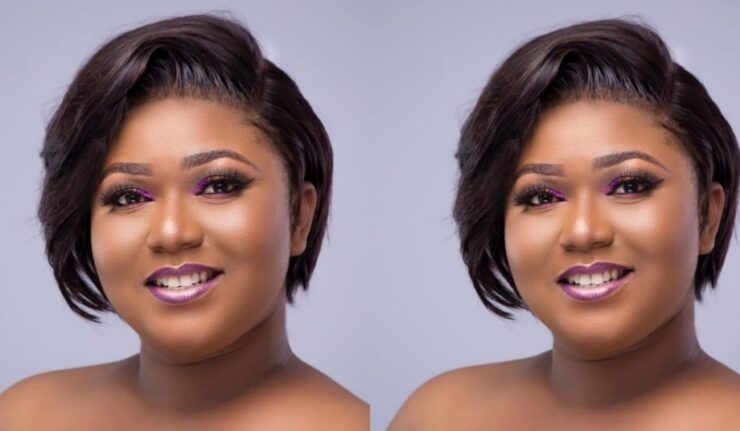 If you ask a typical Ghanaian lady on one of the things she’ll consider before accepting the proposal of a man, she’ll mention the fact that the guy must have money.

This is not bad anyway because who would want to date a broke man?

However, Kumawood actress Xandy Kamel is saying that it’s only lazy women who get impressed by rich men.

She remarked that it’s necessary for the woman to also work hard so that the man’s money would just be a bonus for her.

“Lazy Women are impressed by men with money. But when a woman works hard, a man with money is just bonus to her and not a ladder for success”. 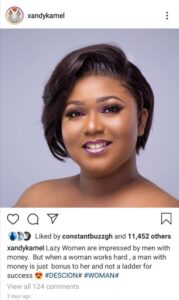