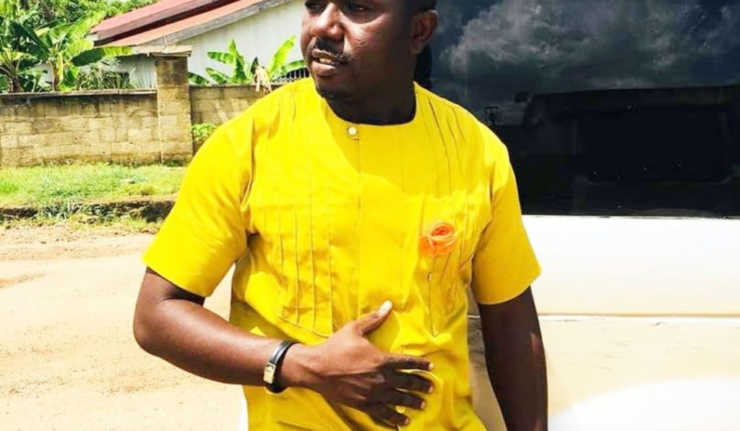 Kumawood actor, Collins Oteng, popularly known as Komfuor Coleege has recounted his horrifying experience with some military men in La Cote D’ivoire during their first civil war when he appeared on the latest episode of ‘Celebrity Ride with Zionfelix’.

Komfuor Coleege revealed that he came face to face with death in the French-speaking country at the time because he and some other people had decided to go out and find food to eat because they were very hungry even though there was a curfew in the place.

Speaking on the show, he added that unfortunately for them, they were apprehended by these military men who were going on their usual patrol and were asked why they were roaming even though it was curfew time.

The actor stated that he didn’t know what happened but on impulse, he decided to speak English even though he could speak the French Language. He, therefore, told the military men that he was a student who had come to the country to buy some items for his education. He added that his school ID which was fortunately in his pocket at the time was the one thing that saved him.

The actor also disclosed that after he told them this story, he was let go but for the others whose stories the military men did not believe, they killed them.

Asked what he actually went into the country to do at the time, he replied Zionfelix, host of the show that he had to make to trip to Ivory Coast because he could not stand the lady he was staying with again since the trouble she was bringing into his home were becoming insurmountable.