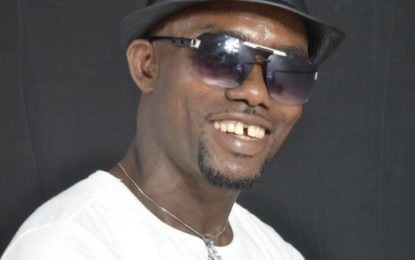 Kojokritical, one of the Western Region’s musicians attracting attention with lyrical content in recent times, has criticised local movies as generally failing to project Africa to the world.

According to the musician whose recently released dancehall single titled ‘Badda Dan Dem’  is causing so much airwaves, African movie Directors have accepted for too long in playing second fiddle to other cultures, all to the detriment of our development.

He explains that movies as a means of entertainment and education are very potent social weapons in the global war of nationalism and identity creation and projection.

The one time History Tutor says that as African movie Directors continue to accept slavishly the assertion of white domination and replicate same in our own movies, Africa will continue to loose the war of image building even before the trumpet sounds, thanks to the inferiority complex coccidiosis of our Directors and Costumiers.
“You just take this common practice for instance; that whenever a  Ghanaian movie is to cast the characters of the devil, it is always in black, whilst the holy character or an angel, is almost always white. A nauseating practice which most so-called gospel artiste have adopted in their music videos. So in effect, what are we teaching our kids in terms of colour appreciation in relation to racial colours. In the subconsciousness of the growing child, black is evil, Caucasian is Godly” I just don’t want to get to specifics, but when we watch the Asian movies, do we see them doing the subtle imposition of European beliefs on their own? Is it found in the Bollywood?

In fact, I think until we as a nation find a very holistic way of factoring the movie industry in our communication mix making its players re-appreciate their role in using their business as a tool for mental development for the national progress, let’s stop tickling ourselves and keep laughing that we are making progress; because a ” true and meaningful development can only start from the mind, not the physical  structures” we yearn for, while brainwashing our children’s minds in various ways with pollutants!