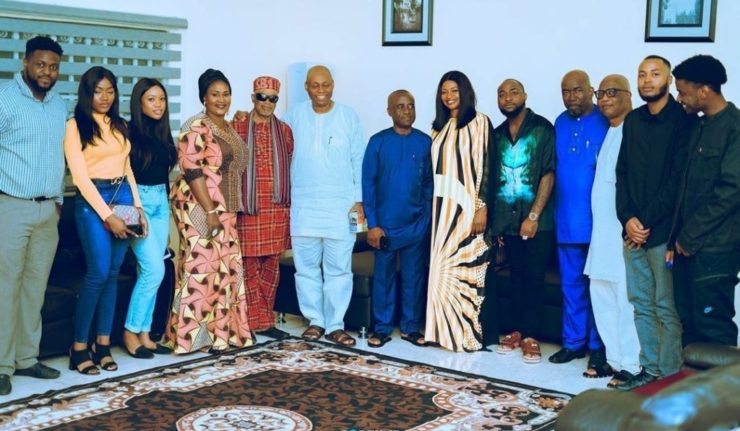 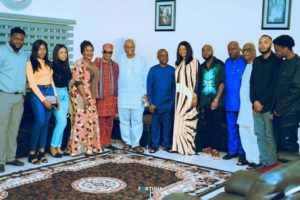 Davido is proving to be a gentleman who did not pop up in Chioma’s life to ‘hit & run.’ It’s obvious the ‘Assurance’ he gave her is being interpreted in real life.

Davido has reportedly visited Chioma’s family with his own family to officially ask for her hand in marriage.

The singer broke the news on social media after he posted a group photo, with a caption which reads, “First of all Introduction” with wedding and champagne emoji at the end.

In another post, precisely on his Instastories, he shared the same introduction photo and wrote: 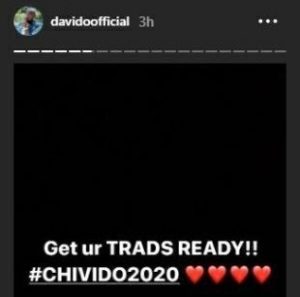 In another post, he revealed the wedding planer as cubana_chiefpriest who also confirmed on his Instagram handle with the caption: “ANTICIPATE We Are Gonna Have The Biggest N Best Wedding Ever In Africa, Our Sister @thechefchi Is Bringing Home A Young Legend @davidoofficial When Yoruba 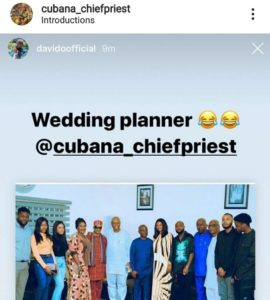 The 26-year-old via an Instagram post made it known that their families have been officially introduced; a step which in African tradition, is the first among others for compulsory marriage rites.