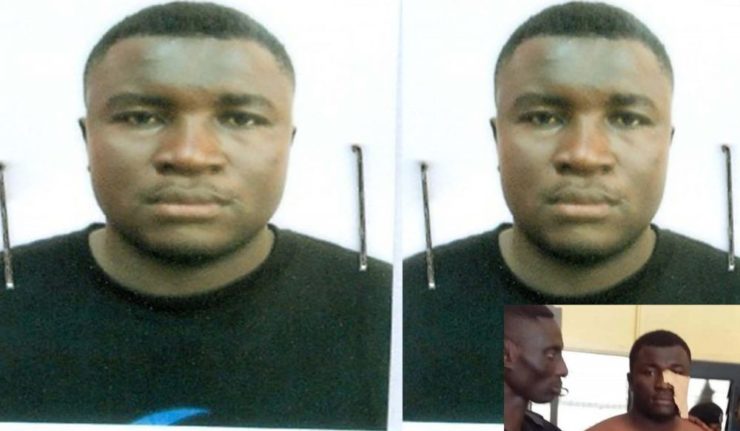 GHANA POLICE HAS ARRESTED THE KILLER OF TWO KASOA POLICE OFFICERS, BUT A RECENT REVELATION MADE BY A SOCIAL MEDIA USER GIVES US THE IMPRESSION THAT THE POLICE SERVICE REACTS QUICKLY WHEN THE VICTIM IS ONE OF THEIRS.

A Facebook user identified as Okenwa Agnabubui has revealed that the killer of the two cops who discharging their duties at Buduburam-Kasoa once shot a Nigerian who dealt in phones and its accessories.

According to the narrator, fortunately, the bullet missed the target by a whisker and some policemen who on patrol that night and heard the gunshot, came over to arrest Eric.

” This is the killer Eric Duah, it amazes me that this same guy
Four months ago almost shot a Nigerian guy selling phone and accessories here in Kasoa, fortunately enough there were some policemen on patrol that heard the gun sound and came to arrest him that night,
It was just by luck that the bullet miss the guy,
3days later the guy was released and the same gun was giving back to him we tried to follow up the case but the police people were not helping matter rather they end up making it a rubbish case
Now the guy has used the same gun on them they seem to have suddenly woken up
If they have done the right thing that day this very situation could have been avoided.
Ghana Web my guy is still available for interview any day any time I can provide him if you would want to hear from him.”

The suspect, in turn, went to his car under the pretence of taking out money from the car according to the eyewitness, but brought out the gun and fired at the police officer.

In a radio interview Thursday morning, the eyewitness said the police officer then took to his heels and headed towards the grocery shop in which the eyewitness and two other persons were.

The officer, who was then bleeding profusely reportedly urged the eyewitnesses to take cover and they did so by hiding behind a refrigerator inside the grocery shop.

The suspect, according to the eyewitness entered the shop and ordered them out after which he shot again at the police officer.